SEND US A MESSAGE

This year, approximately 100 lighthouses will be exhibited on Franklin Street. Please join us on Monday, October 3rd and see some of the most fantastic, original, neat lighthouses displayed by our leaders of tomorrow. 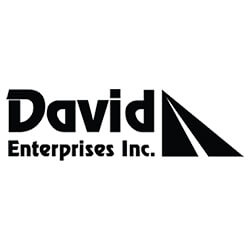 1.) Anyone who desires to exhibit a lighthouse in the parade on the day of the parade may enter.
2.) Participants may enter by reporting to the Old National Bank Drive-In Teller area at 2119 W. Michigan Street, which is between 10th and 11th Avenues, between 6:00 PM and 6:30 PM on the day of the parade. Late arrivals may be exhibited but will NOT be eligible for an award. Parents and other relatives are requested not to congest the judging area.

1.) Judging will begin promptly at 6:30 PM. The parade line of march begins at 7:00 PM and will disband in the Old National Bank Drive-In on Michigan Street.
2.) Judges will determine twenty (20) winners. Each winner will receive $20 and a medal. Names of the winners will be announced from the Festival Main Stage on Franklin Street during the parade.
3.) Winners may participate in the Main Parade on Saturday of the Festival by riding on the LIGHTHOUSE PARADE FLOAT. Lighthouses will not be displayed on the float. WINNERS SHOULD WEAR THEIR MEDALS.

1.) Lighthouses will be judged on originality, creativity, overall design and layout.
2.) The lighthouse must be exhibited during the calendar year in which it was built.
3.) There are no limitations as to theme, size or materials used. (The participant may use any kind of material, decorations, or ornamentation he or she wishes. The lighthouse can be any size the participant desires, but we ask that it not be too large)
4.) Openings or designs should be covered with clear or colored transparent paper or plastic to give the design openings a colorful affect when a light is placed behind them. The lighthouse must be lighted by either a candle or battery powered light. Lighted systems must be installed in a safe and secure manner. Each entrant is responsible for the safety of the lighthouse as well as him or herself.
5.) The lighthouse will be pulled by a securely mounted strap, rope or handle along the parade route. The light house may be mounted on wheels such as a wagon so as to be more visible to the viewing public. The individual entering the project shall supply the effort of movement. The entrant must walk at a reasonable pace while pulling the light house, so the parade will proceed properly.
6.) Showed a breakdown occur, the entrant will step out of line temporarily, so as to not hold up the other entrants. A Nut Club member will assist in making temporary repairs, permitting the entrant to reenter the line of march.

Parents or friends of young entrants may accompany them down the parade route. The parade will begin at Old National Bank, at the drive-in area on Michigan Street.

Winners to participate in the Main Parade on Saturday, Oct. 8th.

In the event of threatening or questionable whether local media outlets will announce over the air beginning at 4 PM on the day of the parade where the exhibitors are to meet for judging.